One of the main protagonists in Kimetsu no Yaiba is the loud, aggressive, feminine-looking Inosuke Hashibira. The boar mask-wearing demon slayer has repeatedly challenged Tanjiro while proving to be a valuable ally in their missions to stop Muzan and his demons.

To learn more about him, here are the most frequently asked questions about Inosuke Hashibira in Demon Slayer

1. Why Does Inosuke Wear a Boar Mask

His most distinguishable feature at first, was the boar mask. Until now, the manga has never explained why Inosuke wears a boar mask. Of course, fans went to speculate as to why he has been wearing the mask.

The most common theory fans come up with is that it is Inosuke’s “mother.” The boar mask is a statement on who he is. Again, while there is no official source to support it, it is possible.

For fans of the horror franchise “Texas Chainsaw Massacre,” the iconic villain wears the face of his victims to express a personality. Also, in the Pokemon series, Cubone wears the skull of its dead mother. It is in the pokemon’s official pokedex entries.

These unrelated works give an insight as to why an act might be explained. It is also important to note that Inosuke did not grow up around a human community. Therefore, he does not hold the same values as normal humans.

Lastly, a quick Internet search yields that wild boars live for 7-8 years due to predation. Naturally they live an average of 14 years in safe environments and up to 20 years in domestication. Inosuke was 15 years of age at the start of the series. Inosuke wearing the boar head as an infant in his stories is just an example of artistic liberty. It might even be him being an unreliable narrator.

Growing up in the mountains, Inosuke made a fighting style of his own. His fighting style is often described as reckless. Tanjiro Kamado once described his barehanded fighting techniques as “bizarrely low” and likened him to fighting a four-legged beast. It was Inosuke’s adaptation to being around boars and learning to fight with them.

No one but Inosuke himself. Breath of the Beast was developed by Inosuke because of his superhuman sense of touch. Living in the mountains, he probably honed his sense as a part of his survival instinct.

4. Why Inosuke has Two Nichirin Blades

He has eleven moves under Breath of the Beast. It makes sense that he already had his swords before learning his moves. In the 27th Chapter/ 14th Episode, Inosuke explained that he got his swords by matching his strength against demon hunters.

The katana from the demon slayer has a handle and a guard. It was an anime-only detail, and not in the manga. Inosuke’s swords, however, seems to be a straight katana with bandages on the handle. This apparently became his choice of swords, even as he received the replacements.

5. Why are The Swords Serrated and Colored Like That?

The answer is in Chapter 51 of the manga and Episode 25 of the anime. When he broke his sword on Natagumo mountain, Kanamori reforged his swords. We can see it take the indigo-gray hue as soon as Inosuke touches it. We have also previously discussed the meaning behind every color of the Nichirin Swords featured in both the anime and the manga.

Afterwards, Inosuke went out, found a rock, and started smashing his newly-forged swords, giving that serrated edge. We can still see the handle and the guard remain.

But by the next appearance of Inosuke’s swords, the guard and the handle has been removed, reverting back to its original, unrefined look.

6. How Flexible Is Inosuke Actually?

In the series, Tanjiro himself was the first to note Inosuke’s unusual flexibility. He even flaunted it himself, bending backwards and sliding his head in between his feet. Inosuke was also able to move his joints to “extend his arm” and slice Douma. He used his Beast Breathing, Ninth Fang: Extended Body Slash.

Although it was never directly stated, Inosuke managed to survive a stab to the heart. During their fight with Daki and Gyuutaro, he supposedly relocated his organ to avoid being instantly killed. Now, that’s the epitome of flexibility.

After their fight with the Daki and Gyuutaro at the Entertainment District, Inosuke recovered earlier than Tanjiro did. The helpers at the Butterfly Mansion said that Inosuke is like a honey badger, with its thick hide and resistance to poison.

While he has a strong resistance to poison, it also meant that he was resistant to medicines. If he encounters a new type of poison his body can’t adapt to, it will also mean that the antidotes won’t work on him as well.

8. Why and How Did He Become a Demon Slayer?

In the same episode, Inosuke explained the only reason he joined the Corps was because he just wanted to match his strength against demons.

Tanjiro trained under Urokodaki Sakonji and Zenitsu Agatsuma under Jigoro Kawajima. Inosuke, as stated in the 27th Chapter, didn’t rely on a cultivator. He joined the corps directly after the final selection.

9. Who are Inosuke’s Actual Parents?

Her human mother was first hinted at Chapter 37/ Episode 18. Inosuke was starting to have flashbacks as the Father Spider Demon was crushing his head.

By their fight with Douma, Upper Moon Two, he told Inosuke who his mother was. Kotoha was 17-18 year-old woman who recently escaped a bullying husband and mother-in-law. She was carrying a baby when she went to Douma’s Eternal Paradise Cult. Douma has struck Inosuke’s nerves as the demon recalled her songs, which the demon slayer still remembers faintly.

One day, Kotoha saw Douma eating his followers and tried to escape. At the end of the cliff, with no other way out, she tossed the baby Inosuke into the water below.

10. Where was Inosuke at the Final Selection?

He was at the Fujikasane mountain with the rest of the examinees. The kasugai crow reported the results to Kaguya Ubuyashiki. The crow said there were five passers but Inosuke was not shown.

Note that in both the anime and the manga, the only passers shown at the end of the Final Selection were Tanjiro, Zenitsu, Tsuyuri Kanao, and Genza Shinazugawa.

Where did you think he went? Let us know in the comments below

Inosuke’s voice actor in the Demon Slayer adaptation is also a well-known actor among anime fans. Yoshitsugu Matsuoka, 33 years old from Hokkaido, voices our favorite pig-headed demon slayer. He currently holds the Guinness World Record for “largest number of lines performed by a single voice actor in a mobile game” with 10,175 official words spoken for DanMachi. Here are some of the roles he has played before: 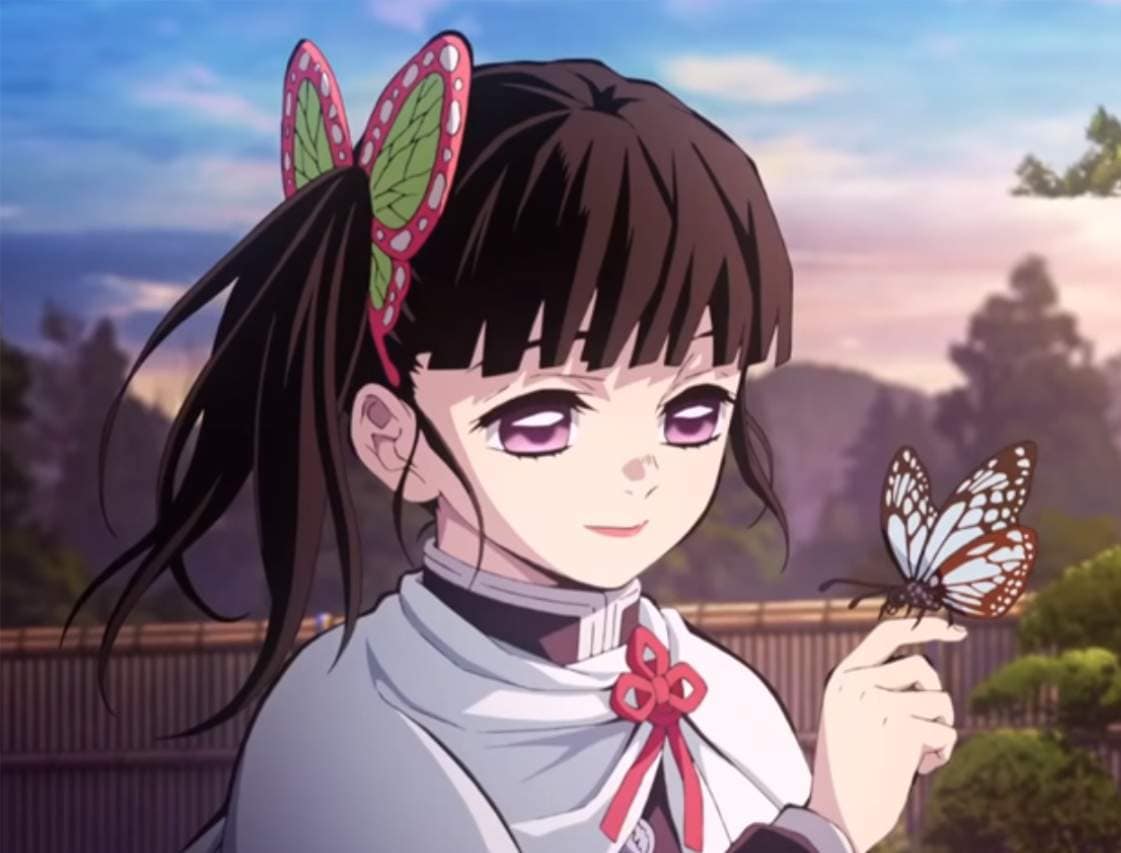